How well do you know Tourette’s syndrome?

Tourette’s syndrome is more common than we think. Around 300,000 people in the UK have it. When most of us hear Tourette’s, involuntary swearing is probably one of the first side effects our minds will jump to. However, only about 10% of cases result in this behaviour. 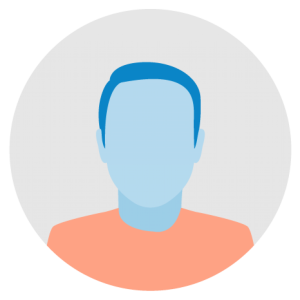 Tourette’s syndrome is more common than we think. Around 300,000 people in the UK have it. When most of us hear Tourette’s, involuntary swearing is probably one of the first side effects our minds will jump to. However, only about 10% of cases result in this behaviour. Spontaneous vocalisations (called tics) like coughing, grunting, whistling, tongue clicking and random speech are much more common. Other side effects include physical tics, like jumping, blinking, shrugging, touching, twitching – although some people suffer from more aggressive forms of involuntary movement that can be painful.

The neurological condition usually starts during childhood with first symptoms appearing between the ages of five and nine, and boys more likely to be affected than girls. There is no cure for Tourette’s and its cause is unknown. Its severity can ease as the individual gets older, sometimes disappearing completely. Most people won’t require treatment but medication and behavioural therapy is available for the worst affected or where the condition makes carrying out daily activities difficult.

Managing vocal and physical tics isn’t the only challenge facing people with Tourette’s. Children may be at risk of bullying due to their behaviour being different. The majority of Tourette’s sufferers also have additional mental, behavioural or developmental conditions like ADHD or OCD. During bad periods of tics, people are prone to stress, anxiety and tiredness. Sudden involuntary movements like head jerking can be painful if the tic is particularly aggressive. Tourette’s syndrome can also lead to other problems like antisocial behaviour, sudden episodes of rage and inappropriate behaviour.

A lack of education surrounding the subject can leave people to draw their own conclusions as to why someone with Tourette’s might act a certain way in public. Common misconceptions include deliberate disruptive, disrespectful and antagonising behaviour. But things are improving. The condition has been at the centre of several recent TV shows, including Channel 4’s First Dates, The Undateables and The Mum Who Got Tourette’s.

Tourettes Action is a leading support and research charity in England, Wales and Northern Ireland for Tourette’s Syndrome, offering expert advice and community help to people of all ages. To raise awareness, they have marked June as Tourette’s Awareness Month and are encouraging fundraising through participating in physical challenges. Any money donated will go toward researching new therapies and potential treatments.

Moving in the right direction

One recent study published in the Current Biology journal (June 2020) tested 19 individuals who suffer from tics. Summed up by the New Scientist magazine, the article notes that an electrical current when applied to the wrist, reduced the number of tics the volunteers experienced. This is due to the electricity travelling through the nerves and to the brain, changing brainwaves. The group, based at the University of Nottingham, are now developing a wristwatch-like device to deliver an electrical pulse when an individual with Tourette’s begins to feel a tic coming.

So, the future seems hopeful. Awareness is increasing and research is still producing optimistic results. The Tourette’s community is also growing and the condition is being celebrated. Comedians, artists and influencers with disabilities now have a platform to speak freely and share their talents and inspire others through social media, blogs and videos. The message they are promoting is clear: they don’t want or need to be treated differently and educating others is the best way to help achieve this.

Although there are no specific Tourette’s Syndrome care plans, when you initially assess your residents, you will be asked questions related to behaviour, mental health and communications which can be beneficial to providing a more personalised care plan.

You can also create a Medication care plan and record any medication the resident is receiving to help manage their tics. Should the resident also suffer from painful tic episodes, like aggressive head jerking, these events can also be recorded on a behaviour chart.

You can enter the condition into the resident’s Personal Details section, so everyone will instantly be made aware. For further information on using care plans and charts on CareDocs, please contact our friendly support team today 0330 056 3333 or via email at support@caredocs.co.uk.

Tourette Association of America – Tics are just the tip of the iceberg info sheet:
www.tourette.org/media/Iceberg-Poster-2.pdf

Originally published on June 26, 2020 – updated on January 20, 2021
PrevPrevious articleTackling stress in the workplace
Next articleWe’re looking for a Subject Matter Expert to join our team (post filled)Next